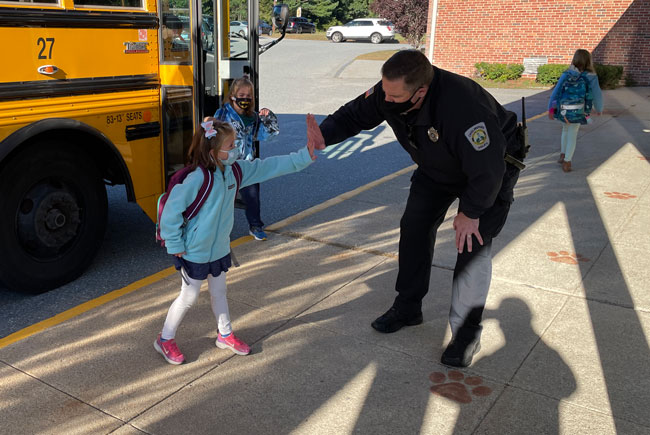 The reason, however, was nothing but positive.

Friday, Oct. 1 was Officer High Five Day at the South Row School, at which members of the Chelmsford Police Department greeted South Row’s Kindergarten through fourth-grader students as they walked off the bus and made their way to their classrooms. It is an initiative brought upon by first-year Principal Terri Gilbert, one which she hopes to continue each month.

“We are always trying to build and sustain relationships with members of the community,” said. Ms. Gilbert, who spent the previous four years as the assistant principal at Salisbury (Mass.) Elementary School. “The police department is such an important part of the community and we really wanted our students to see them in a positive role.”

Officer High Five Day was a success on both sides: The students emphatic slaps mirrored the enthusiasm of all seven officers.

“It’s a good way for us to build a bridge between the police department and the community, to let them know we’re here to help and they can always come to us, even just to say hello,” said Officer Daniel Goguen, who also serves as a School Resource Officer with the District along with Detective Rebecca Tyros and Officer Daniel Sullivan, who were also present on Friday. “I think it’s important to build a positive relationship with the kids and it’s important that parents see the police making that effort.”

Ms. Gilbert, who did similar initiatives at Salisbury Elementary, is hopeful to involve more municipalities and community leaders for future ‘High Five Days,’ which will be held on the first Friday of each month.

The Chelmsford Public School District provides all students with multiple pathways to optimize their own potential for academic excellence, leadership, and social and emotional wellness. The mission of the Chelmsford Public Schools is to educate, engage, prepare, and empower well-rounded and knowledgeable learners to PERSEVERE through challenges, demonstrate RESPECT and INTEGRITY in their words and actions, are DEDICATED to their community, and display EMPATHY as global citizens while discovering and pursuing their full potential.  This PRIDE-driven culture enables all members of the school community to support the growth and development of students.  For more information, please visit www.chelmsfordschools.org. 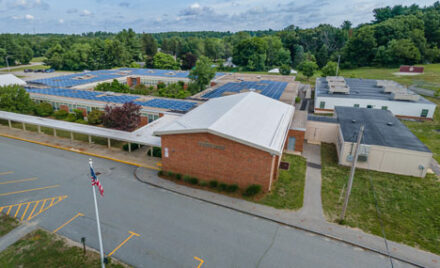 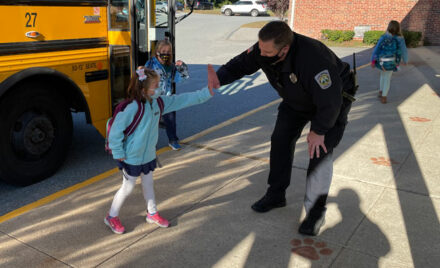 An open letter from the Chelmsford School Committee 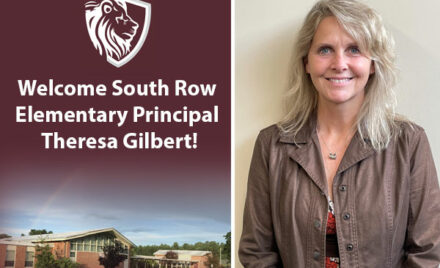 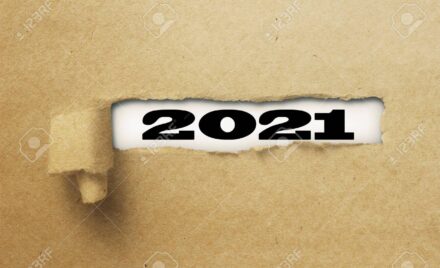